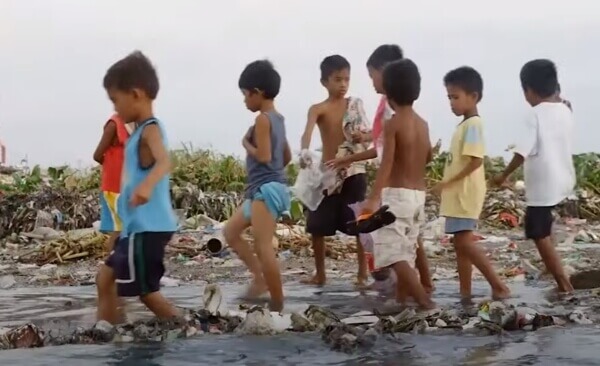 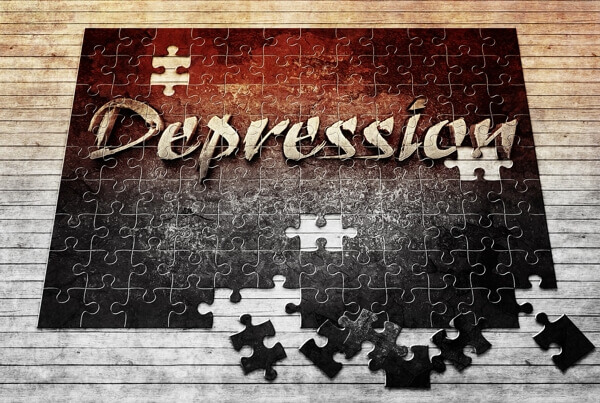 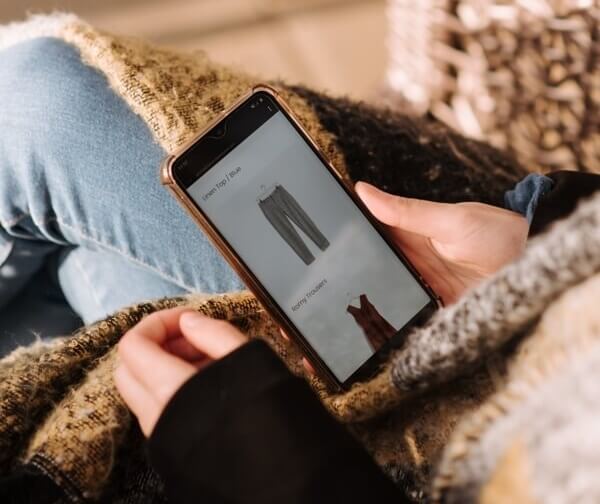 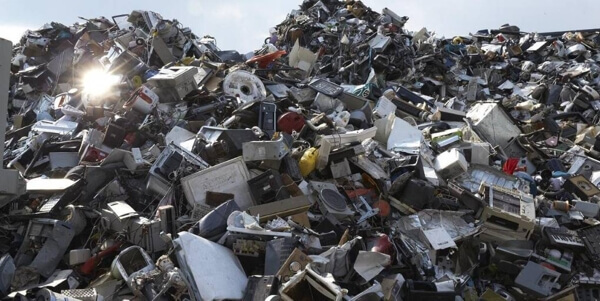 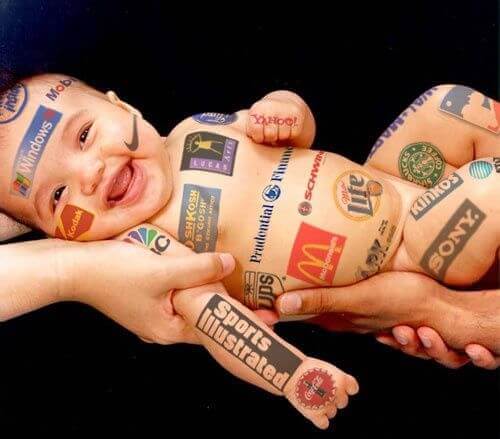 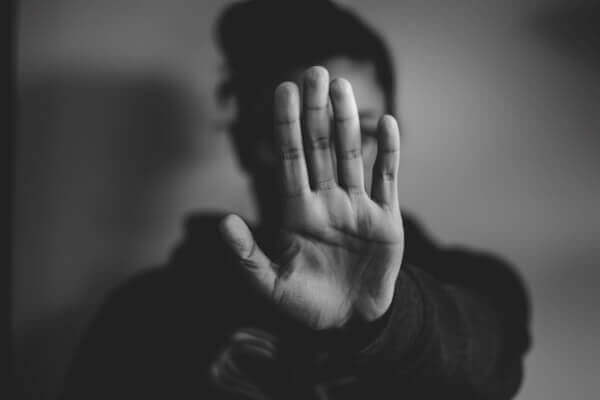 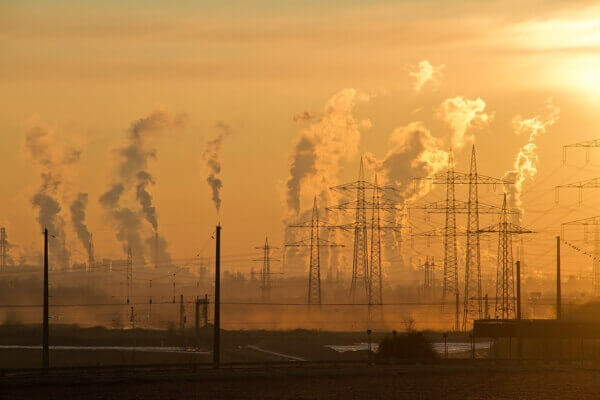 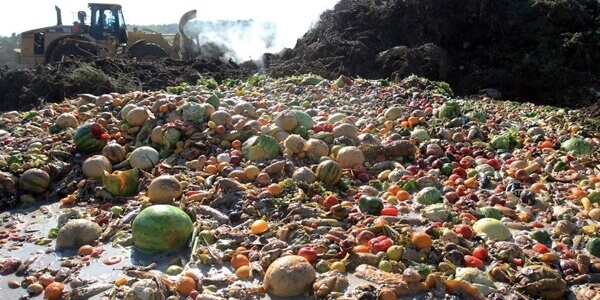 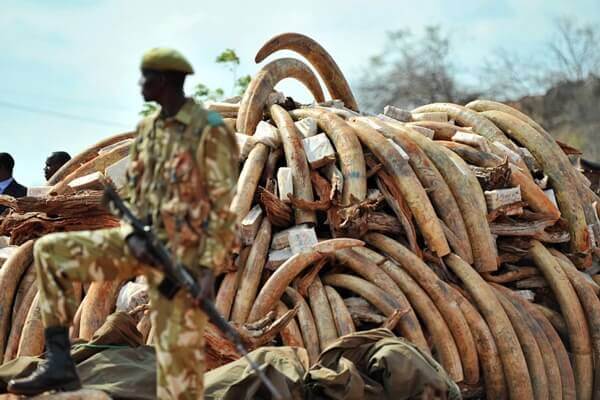 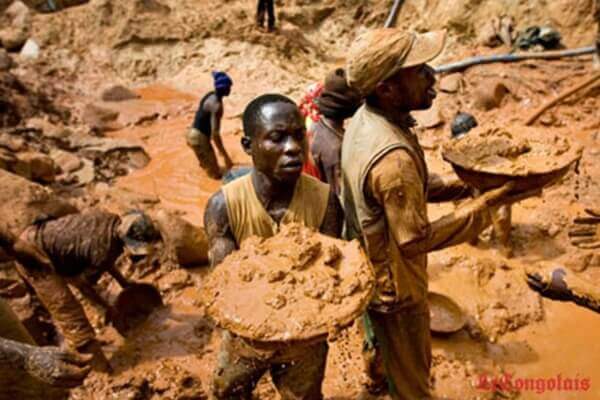 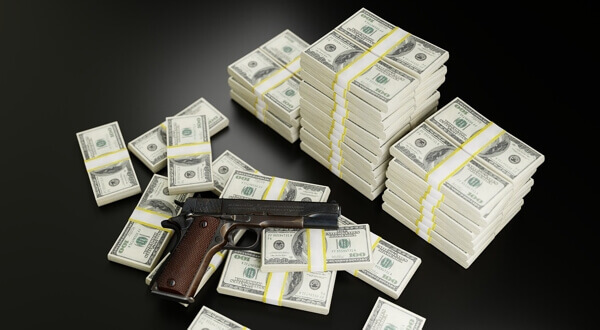 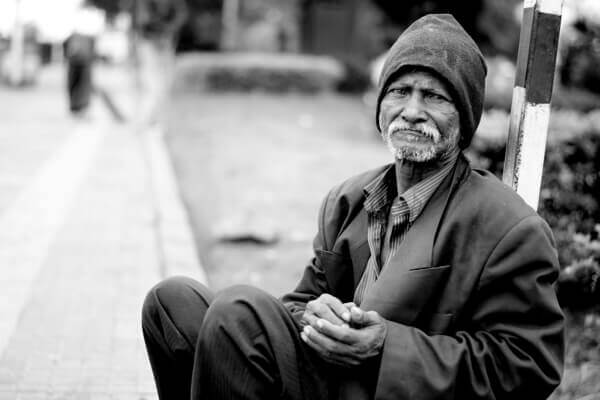 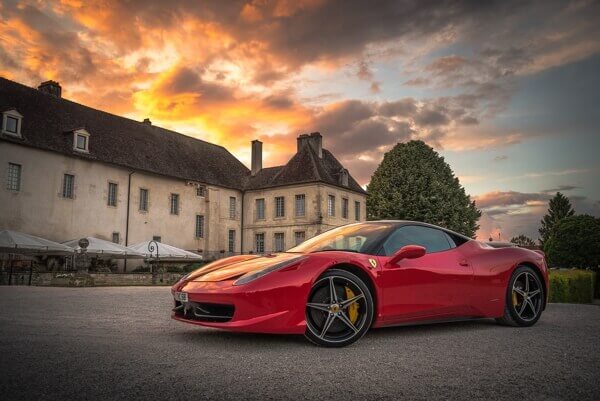 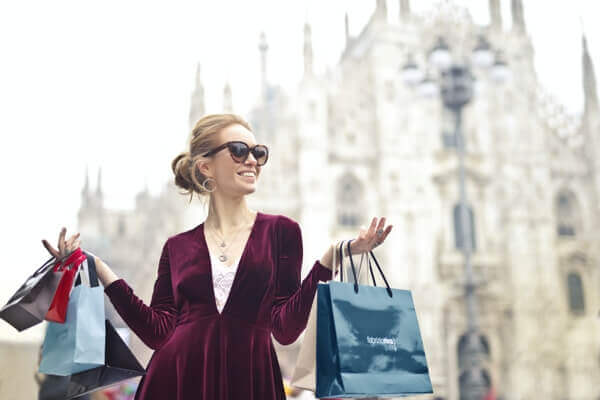 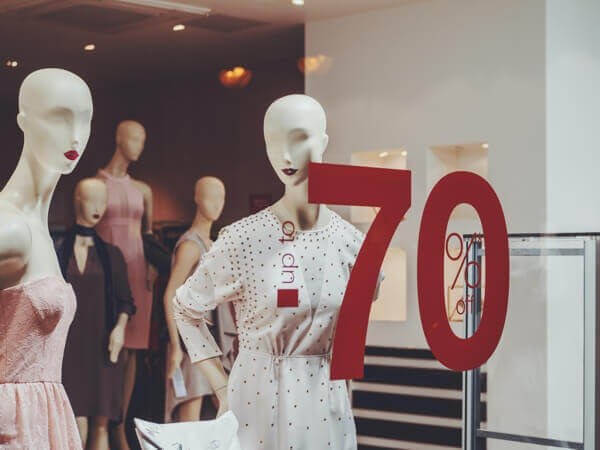 Is money useful for humanity and the planet?

What is the money for?

This is a question that should be at the heart of today’s agenda: “What is the purpose of money? Indeed, while the latter brings concrete benefits, it also has its downside…

The benefits of money?

The mechanisms and consequences of money.

What is the use of money when we see its abuses?

The impact of money in the world.

What if money disappeared?

Above all, we wanted to work on the subject with great care. Indeed, the data used for our research covers a lot of verified information. This includes books, scientific and/or academic research, NGO or government reports.
Finally, we also wanted to offer a range of references that would be easy to understand for everyone and that come from many different sites.

The following questions have been the basis of our work for several years.
To begin with, question #1 arises when we see the condition of the world today.
Question #2 then allows us to draw up a report,
Finally, question #3 led us to build the Great Project.

First, we answered the following question:

“What is the money for?”

After that, the conclusions led us to formulate the question #2.

To begin with, we formulated the following hypothesis:

“Are the current drifts in society due to the use of money?”

We then deduced observable consequences, put the facts into perspective to determine the validity of the hypothesis.

After that, we tested the following hypothesis by removing the money factor from every angle of society. Just as we have associated the complex interactions that make it up:

“Would it benefit the planet and humans to replace money with non-market principles in various aspects of our society?“

What are the benefits of money?

First of all, in today’s society, we see many advantages to using money.
Indeed, the latter is considered a unit of measurement, a medium of exchange and a standard of value.
In addition, money would allow some people to give their best.
Finally, it would allow investment and development of a region, a company or a country.

Does money serve the evolution of society?

But 2,700 years after its creation and as many years of human and technical evolution, what use is money today?

Moreover, is it a driving force for unity or confrontation? But again, is money a source of stability or tension? Similarly, does money serve prosperity or exhaustion? Finally, is it central by necessity or by convention?

“To reach the truth, you must once in your life
get rid of all the opinions one has received,
and rebuild the whole system of his knowledge again”. 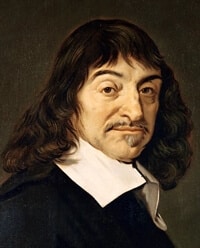 The mechanisms and consequences of money.

What is the purpose of money, is it a means or an end?

Thus, money is the means of access to everything. In fact, for every human being, it is a vital element. Therefore, it is not a simple tool that is “neutral” in nature (1).

Moreover, by its mere existence it exceeds any other element, even life. Indeed, it is a necessary prerequisite for living (buying food, housing, etc.).

What is the influence of money?

In the first place, one’s quality of life is proportional to the amount of money one has accumulated. As a result, it encourages and rewards individualism.

In addition, researchers believe that money has the effect of making people self-centred. And therefore to make him more individualistic, thus reducing his behaviour to help others (2).

Especially since money circulates like communicating vessels: in order to gain money, it is necessary for others to lose money. In other words, increasing one’s quality of life reduces that of others.

Money makes it possible to invest, and therefore to earn even more money. On the other hand, the less money you have, the less you can earn (3).

What are the consequences of the monetary system?

First, to be sustainable, any monetary system requires a high level of human activity. Moreover, on a permanent basis (to generate jobs, salaries, survival from competition, etc.). Not to mention that it requires an indiscriminate waste of our resources, leads to massive pollution and an increase in waste. Finally, it leads to a dangerous and inappropriate organisation (4).

Moreover, money is a driver of individualism and generalised competition (5). On the other hand, it is an element of deep social imbalance, a means of corruption, a weapon of domination. Finally, it has the power to more or less control us (6).

As a result, the monetary system is now showing its limits, which make it impossible to make major changes without “destabilising finance”. (7).

Who is responsible for money-related problems?

We have the feeling that money is a tool to be handled well.

Yet money shapes society, regardless of how we use it. Indeed, it imposes its own laws and its own foundations.

Firstly, it is impossible to live without it. Secondly, society is only thriving on the condition that it makes sustained profits at the expense of our environment. Finally, it puts all companies and nations in a permanent commercial war.

However, most of the abuses we experience would not exist without it.

But what drifts are we talking about?

What is the use of money, when we see its abuses?

What excesses would we avoid in a world without money?

What is the money for? Economic drifts : 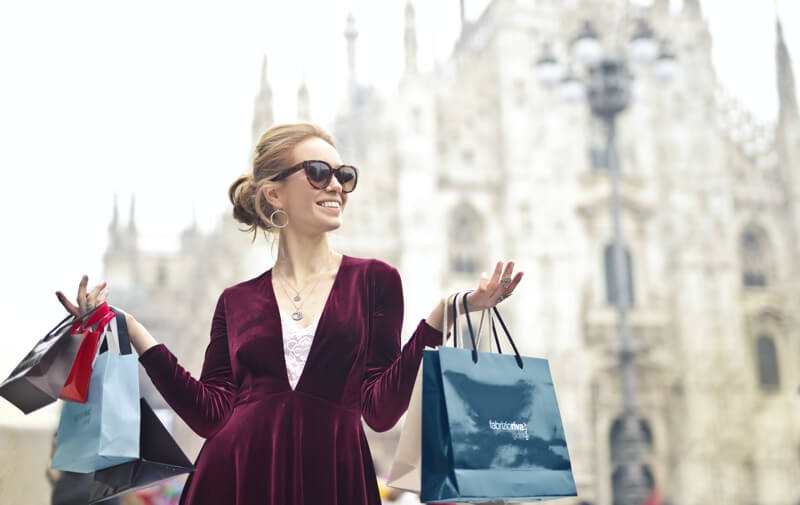 What is the money for? Environmental drifts : 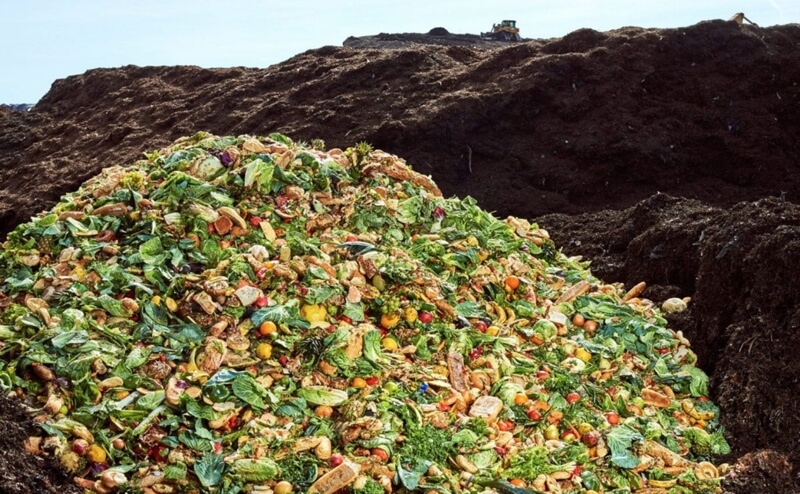 What is the money for? Social drifts : 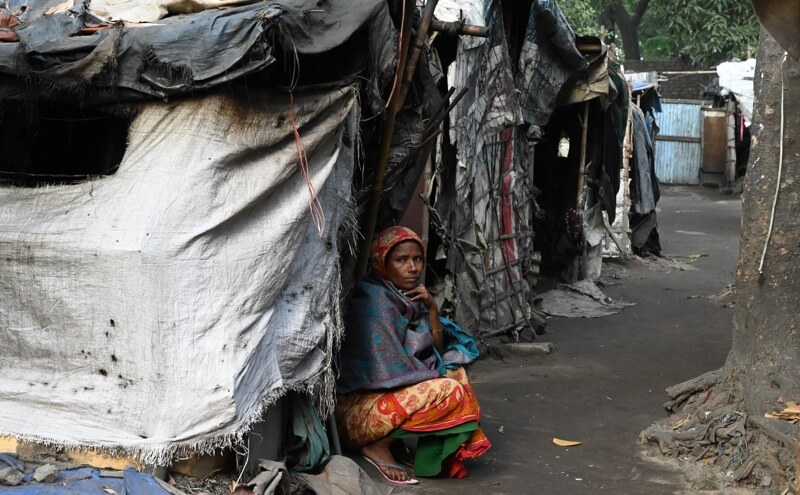 What is the money for? Human drifts : 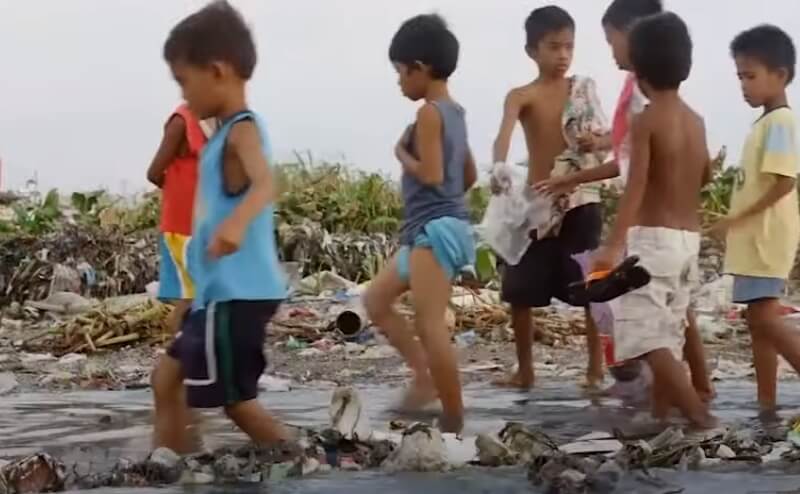 The impact of money in the world.

To begin with, money has been around for over 2,700 years (8). Thus, there are many thought processes associated with money that have shaped our economic, social, cultural and intellectual development. Therefore, it naturally interferes with our decision making.
But when we ask the question “What is the use of money today?”, what do we see in the world?

What is the purpose of money in the world?

When we ask ourselves what money is used for in the world, we see that it undergoes a series of crises. Indeed, the list is long: natural resource crisis (9), environmental crisis (10), economic crisis, financial crisis (11), social crisis, health crisis (12). Moreover, against a backdrop of widening disparities (13).

The answer to the question “What is the purpose of money?

All the more, the results provided by the numerous data available speak for themselves.

The use of money (in one form or another) as a medium of exchange is harmful to the planet and its inhabitants.

What if money disappeared?

Firstly, its central use often prevents us from imagining a world where it does not exist (14). However, while its disappearance may seem inconceivable, technically it is not today.

Indeed, money is a convention that must be questioned in view of the “drifts” caused by its use.

Moreover, there is no need to have money to cultivate, build, repair, heal or teach. Similarly, you don’t need money to find a fair, sensible and effective organisation.

The advantages of living without money are numerous (to be discovered in the Grand Projet)!

To conclude, today the technological progress of humanity allows usto free ourselves from it. Therefore, it is up to usto change,to take our futurein hand.

“You can’t solve a problem with the same way of thinking that generated the problem.” 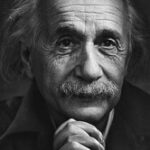 The world must be changed.

The first step is to completely change the system that brought this about, and create a new society, a better world.

To this end, the Grand Projet proposes the alternative of moving to a non-commercial society.

Indeed, by moving to a cashless business model, we hope to effectively solve most of humanity’s current problems:

(5)↑ Benoist Rousseau. Is money the only value in our society? Blog Economie et Société – Andlil.

(11)↑ The world is experiencing its biggest economic crisis in 150 years, according to the World Bank. La Tribune.