Would you like to take action?
This page will help you to do this gradually.

How to talk about the Great Project ?

We invite all members and assemblies to communicate the MOCICA project by all means at their disposal:

Each new member is a new ambassador. Together, let’s create a snowball effect.

Write to your neighbours :

Nothing better than a short letter to the inhabitants of your neighbourhood to invite them to create an assembly.
For example:

“Dear neighbours,
I am a member of MOCICA, which develops mutual aid and free services. This Movement has 3 goals that may interest you:

If you are interested I will be happy to talk to you about this wonderful project over a drink.
My number:

Here’s an example of a debate and its visual support established by Lyon’s assembly. 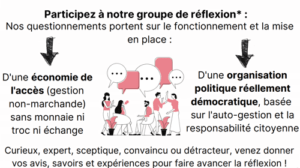 3 visual supports for leaflets (to be folded in 3) 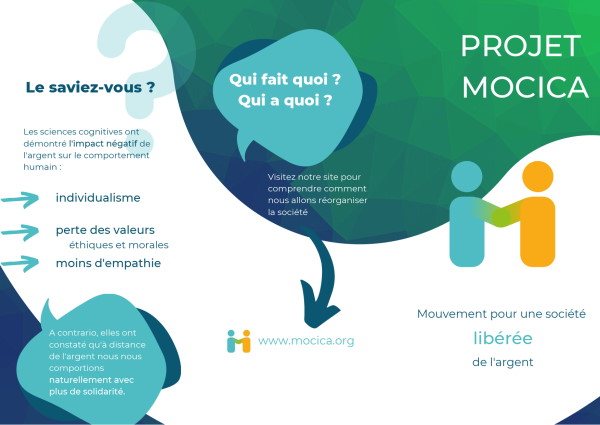 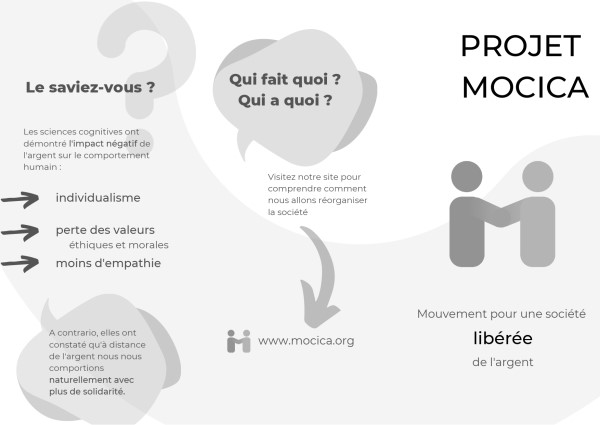 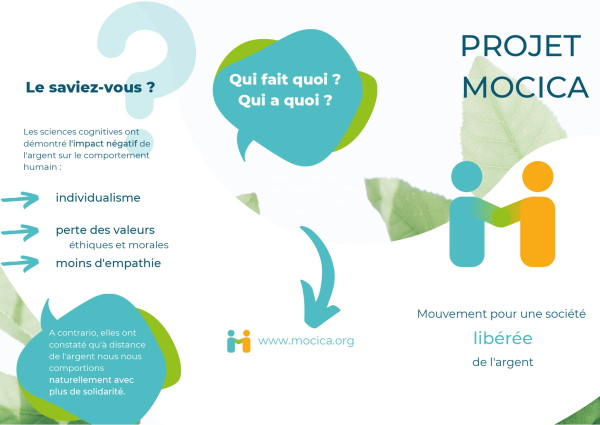